Southern Africa in the World 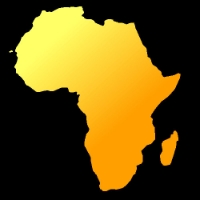 Academic Lead – Brendon Nicholls (Leeds)
The network would initiate a major strategic partnership that would expand research capacity in the humanities across the three White Rose universities. In addition to PhD co-supervision, multidisciplinary network symposia would provide a cross-university forum for research in Globalisation and Post Colonial Studies, involving numerous colleagues. The network’s intellectual focus would be Southern African literature and socio-political history in a global context, providing a platform for future collaborative funding bids to research councils, joint publications and the internationalisation of regional research excellence in Globalisation and Post Colonial Studies.
Each White Rose university has invested substantially in research infrastructure and academic posts in Southern African Studies over the last ten years, at both junior and senior levels. Each has established a new interdisciplinary MA programme – Postcolonial Texts and Cultures (Sheffield), Cultures of Empire, Resistance and Postcoloniality (York), and Colonial and Postcolonial Studies (Leeds). Our studentship network would logically extend these strategic priorities into the sphere of postgraduate research, an area in which the three White Rose universities have substantial supervisory capacity that our co-ordinated activities would expand.
To date, occasional research seminar exchanges and co-publication activities have proved valuable but difficult to sustain. Our network would provide a formal framework for these activities, leading to sustained interdisciplinary collaboration in Southern African Studies at the three White Rose universities. Historically, Southern Africa’s global notoriety was largely a function of its local isolationism. Both South Africa and Rhodesia created socially segregated systems by which they defiantly set themselves apart from the international community. These political systems and their eventual demise were accompanied by shifting attitudes to the wider world and by complex histories of exile and diaspora. Our network would contribute to ground-breaking research on Southern Africa and the global imaginary (see De Kock, 2004), and on emergent diasporas (see Steyn, 2005). It would thus reconceptualise Southern Africa in terms of both the local pressures and the global traffic at work upon its political communities and literary cultures. By formalising existing links between the three White Rose universities, all of which have established significant portfolios of cross-disciplinary activity in Southern African Studies, the network would trace patterns of political and cultural transformation in one of the most fascinating regions of an increasingly globalised, but still incompletely decolonised, world.