Faith in Food and Food in Faith: Interdisciplinary Perspectives on Dietary Practice 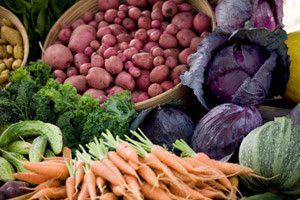 This network brings together researchers who are at different stages of their career in the fields of molecular archaeology, nutritional epidemiology, zooarchaeology, history of medicine and artefactual archaeology. Each researcher investigates the relationships between food, health, religion, social status, migration and identity from different disciplinary perspectives, but has few opportunities for inter­disciplinary engagement. Yet research into modern diet has the potential to inform investigation into past diets and in turn is enhanced by historical insight into the effect of cultural perceptions of food practices. Members of the public sometimes think that they are being ‘preached at’ by nutritionists and health workers. This network aims to explore this quasi-religious rhetoric of constructing knowledge about food in the context of increased anxieties about food insecurity and childhood obesity. Public understanding of archaeological science increased greatly in 2013 after the discovery of the body of King Richard III, but there could be improved awareness of the challenges and opportunities of archaeological methods, especially in the area of health and nutrition. The network will create an invigorating environment for the exchange and dissemination of research into diet, based on enhanced understanding of inter-disciplinary methods.
Scholars in the Arts and Humanities contribute to science by providing longitudinal approaches to beliefs and systems of knowledge. Scientists contribute to the Arts and Humanities by showing how modern understanding of the body affects what we can learn about life in the past. Archaeologists — who often engage in both laboratory and historical research are uniquely placed to bring arts and science together
Academic Lead – Iona McCleery  – University of Leeds
Studentship research area title : Animal husbandry in Sicily during the Islamic-Christian transition, 8-12th century. The Islamicisation of Sicily brought many faith-inspired innovations, including new ways of farming animals. This PhD links zooarchaeology in Sheffield and York with an international project studying economic and social transition in early medieval Sicily, led by York and Rome.
Principal Supervisor – Umberto Albarella – University of Sheffield
Co Supervisor – Martin Carver – University of York