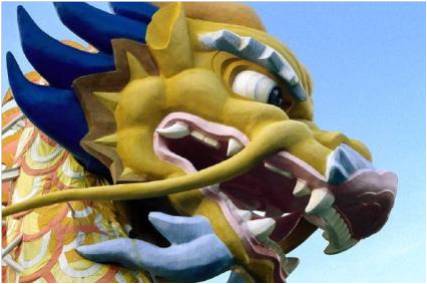 The White Rose East Asia Centre (WREAC) is an international Centre of Excellence on China and Japan funded by the Higher Education Funding Council (HEFCE), the Economic and Social Research Council (ESRC) and the Arts and Humanities Research Council (AHRC) following a successful £4 million bid under the 2006 Language Based Area Studies initiative. It is a collaborative endeavour between the departments of East Asian Studies at the Universities of Leeds and Sheffield under the umbrella of the White Rose University Consortium. The National Institute of Chinese Studies (NICS) and the National Institute of Japanese Studies (NIJS) together constitute the Centre. It undertakes world-class research and provides advanced research training in Chinese and Japanese Studies as part of a government drive to strengthen Britain’s specialised research capacity in the area.

The White Rose East Asia Centre is one of five collaborative centres set up to create a world class pool of researchers who will enhance the UK’s understanding of the Arabic-speaking world, China, Japan and Eastern Europe, including areas of the former Soviet Union. An in-depth understanding of these areas is of cultural, political and economic importance to the UK, and the development of necessary language skills is central to the work of the centres.
The two universities are already leading trainers and providers in Europe of graduate and postgraduate students in East Asian Studies. Both universities teach a full range of courses in both Chinese and Japanese Studies, though Leeds has the longer history of teaching Chinese Studies, and Sheffield Japanese Studies, going back to the early 1960s when the two departments were established. Over the past several years the two departments have together graduated over 300 postgraduate taught students and over fifty doctoral students. By joining forces, the WREAC has a total of nearly twenty specialists working on China, over a dozen on Japan, and a further dozen or so in related areas of Asian Studies. It has formal links with some thirty universities in China and Japan, including Tokyo and Nanjing.
In developing national capacity in East Asian Studies the Centre has appointed new staff and recruits annually a cohort of taught Masters and research students. The Centre runs a programme of seminars, workshops and conferences involving researchers and users from the UK and overseas. Along with links to the region, the Centre also has formal agreements for academic cooperation with the Universities of Leiden and Munich and is currently negotiating other agreements.
For more information please see
http://www.wreac.org