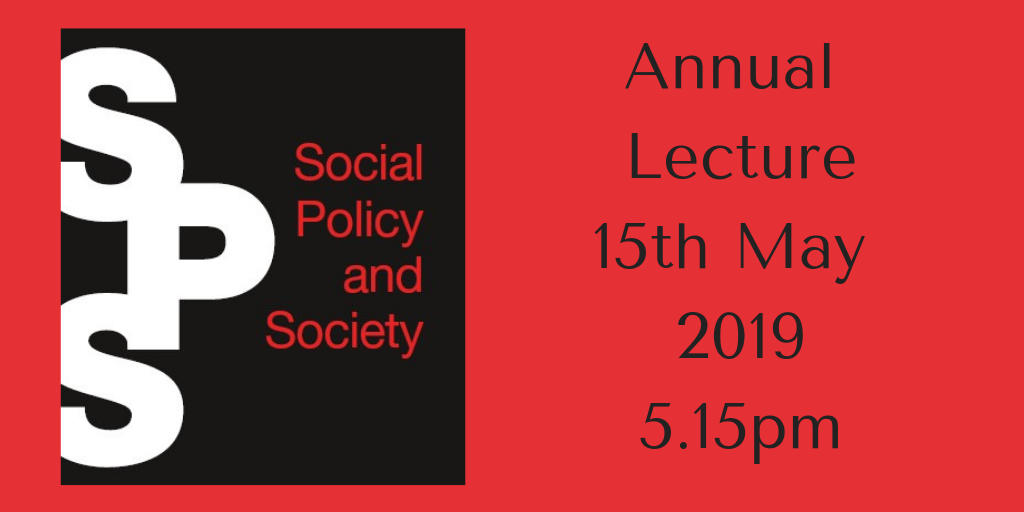 The Diamond, The University of Sheffield,

The lecture focuses on ‘Brexit and Social Policy’, the subject of a themed section in the January 2019 issue of Social Policy and Society, which was guest edited by Dr Steve Corbett and Professor Alan Walker. Professor Walker and Dr Corbett will introduce the lecture, which will be delivered by Professor Mary Daly from the Department of Social Policy and Intervention, University of Oxford. The lecture will be followed by a wine reception, finishing at 7.00 pm.  Everyone is welcome but registration is essential.

Register for the event here

Information about the lecture can be found below:

Alan Walker and Steve Corbett will introduce the session by discussing the failed promise of the concept of the European Social Model, from a Social Quality approach. The Brexit vote and subsequent political crisis revealed decades-long tensions in European society. The increasingly neoliberal direction of the EU, focusing on austerity and social control, is contrary to the values of the European Social Model. The absence of this overarching social concern has weakened the integrative potential of social policy, and paved the way for a regressive right ring populist backlash against neoliberal technocracy. Answers to contemporary challenges must focus on action for better social quality.

Mary Daly is Professor of Sociology and Social Policy at the University of Oxford. Substantively, she is interested in and has published widely on the following social policy areas: family policy; gender; care; poverty and welfare and EU social policy. Much of her work is comparative, in a European and international context. She is a member of a number of networks and boards on topics related to EU social policy, the welfare state, employment, family and gender and is a former editor of the journal Social Politics. Her latest book is Families and Poverty – Everyday Life on a Low Income (co-authored with Grace Kelly, Policy Press, 2015). Mary Daly’s research has been supported by the Economic and Social Research Council, the EU, Council of Europe, ILO and UNICEF, among others.

Alan Walker is Professor of Social Policy and Social Gerontology at the University of Sheffield, UK.  He has been researching and writing on aspects of ageing and social policy for more than 40 years. He has directed several major national and European research programmes and projects including MOPACT, INNOVAGE, The New Dynamics of Ageing Programme, The Growing Older Programme, the European Research Area in Ageing and FUTURAGE.  In 2007 he was given Lifetime Achievement Awards by both the Social Policy Association and the British Society of Gerontology.  In 2011 he was awarded the European Association of Gerontology’s first Medal and Honorary Diploma for Advances in Gerontology and Geriatrics (Social and Behavioural Sciences).  He was the Economic and Social Research Councils’ first Impact Champion in 2013, was appointed CBE for Services to Social Science in 2014, and made a Fellow of the Gerontology Society of American in 2016.

If you are interested in attending the event please register here early to avoid disappointment.