The UK-Rwanda partnership as the ‘end of asylum’: Externalising borders, offshoring and resistance 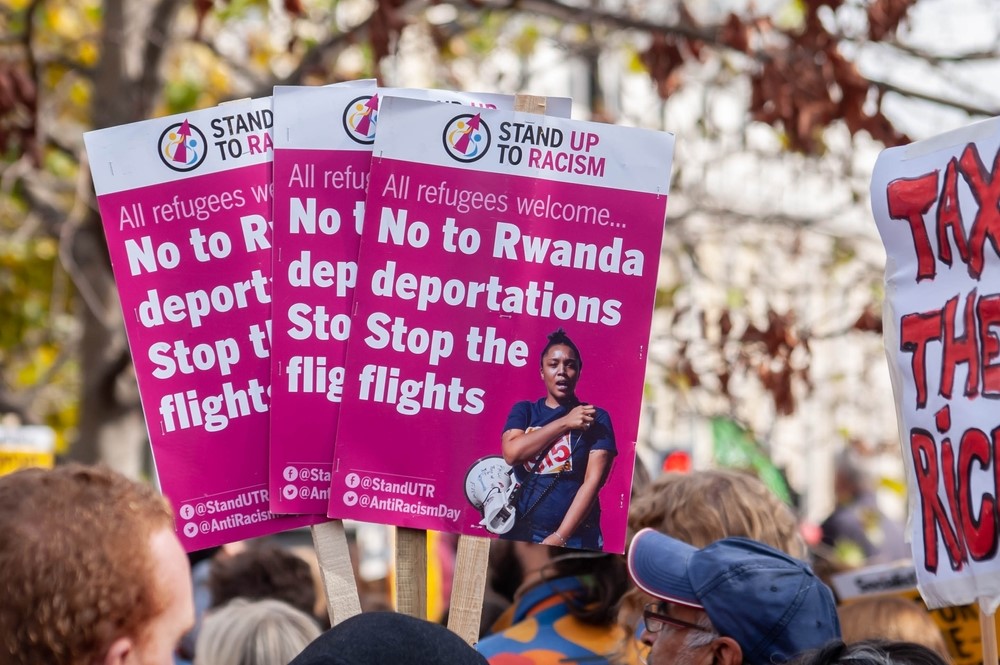 On 14th April 2022 the UK government announced the UK-Rwanda partnership which aims to formalise the mass removal of asylum seekers from the UK to Rwanda. This ambitious, timely and interdisciplinary project will establish a White Rose network to bring academics with different but complementary expertise together to provide an overarching examination of externalisation and offshoring of asylum, will a specific focus on the UK-Rwanda partnership, including responses and resistance to such partnerships in the UK and beyond. Given the contemporary nature of the UK-Rwanda partnership and its significance in terms of shaping the future of migration and asylum regimes in Europe and beyond, this project is not only timely but has wider social and political significance. There is a compelling rationale for collaboration as the varied and complementary contributions and expertise from each university will enable us to tackle this complex and fraught issue holistically.

The UK-Rwanda agreement (and similar schemes, for example by Australia and Denmark) seeks to remove asylum seekers deemed ‘non-admissible’ by the Home Office to the central African country. To many activists, scholars and commentators this marks a significant transformation of the UK’s asylum regime and a clear breach of international law. Alongside the Nationalities and Borders Act which makes the externalising of asylum possible, the partnership may represent what Alison Mountz (2020) calls the ‘death of asylum’, essentially the undoing of over 70 years of institutionalised forms of sanctuary and refuge. This latest development in anti-immigration practice has received much opposition because it arguably externalises the UK’s refugee responsibilities to another country (Rwanda). At the same time, growing resistance to the violent and carceral logics of UK immigration policy has crystallised around deportations to Rwanda. Removals have been challenged in the UK’s supreme court, direct action was taken against both the Home Office and Privilege Style (the airline carrying out deportations). The initial flight carrying just seven asylum seekers to Rwanda was stopped by a final hour intervention from the ECHR. It is important to study the politics of this emerging partnership(s) and response to them (even are they are curtailed in the courts) as they are likely to continue to shape the future of migration and asylum regimes in Europe and beyond.

The proposed international research network will explore the social, historical and political processes which structure the UK-Rwanda partnership and the externalisation and offshoring of asylum more widely, alongside how these policies are resisted. Whilst much of the commentary and analysis of the partnership has been journalistic, the project aims to build capacity to understand the long-term social forces, material and political interests that underpin the policy, as well as broader social consequences of externalising asylum and its alternatives. It seeks to bring together an interdisciplinary team of academic researchers, activists, lawyers, refugee

advocates, and ‘experts by experience’ to bring their analysis, scholarship and lived experience to bear on understanding the consequences this has on asylum and humanitarian protection.

The project thus seeks to examine:

How is the UK-Rwanda Migration partnership shaped by longer histories of deportation, off shoring and border externalisation?

What are the domestic, international and global social forces shaping the partnership (both within the UK and Rwanda)? And what are social consequences of mass deportation, detention and off-shoring from/within the UK and Europe?

How do pro-migration and anti-borders coalitions mobilise? What experiences and lessons are there from other historical and parallel struggles? 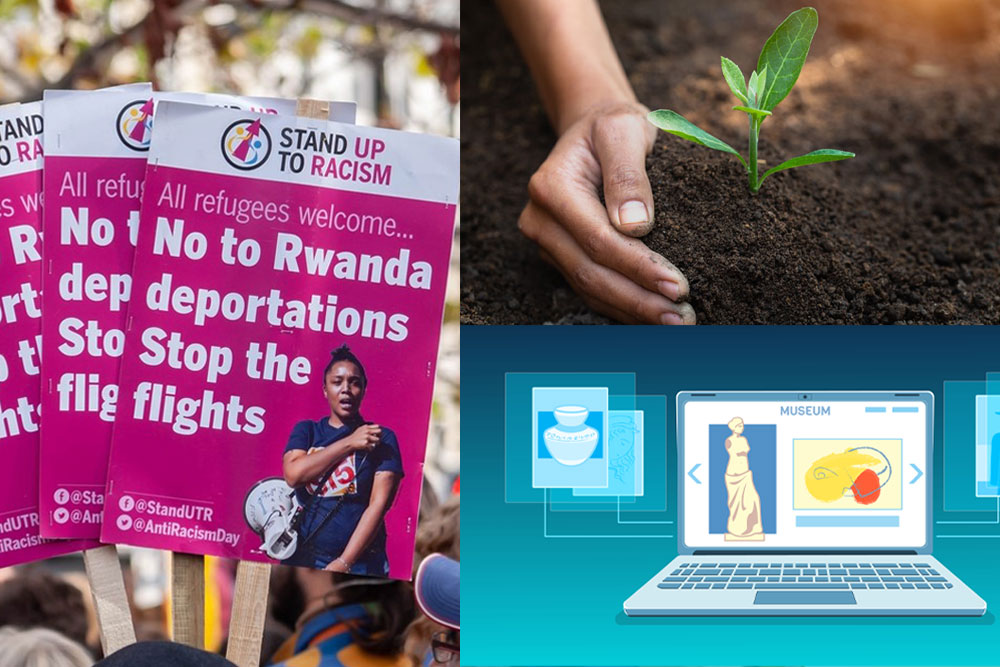 We are delighted to announce the projects which were successful in securing a 2022 Collaboration Fund award. As always we were impressed by the diversity and breadth of the submissions […]

Tweets by WhiteRoseUC Follow @WhiteRoseUC
We use cookies to ensure that we give you the best experience on our website. If you continue to use this site we will assume that you give consent.Ok